Last year Chromatouch had the honour of being contacted by Rickey Ainsworth at Grand Rapids Michigan Roger B. Chaffee Planetarium and asked to show the fulldome film Written on the Body in Michigan’s ArtPrize festival.

ArtPrize is an international art competition held in Grand Rapids, Michigan. The first exhibition took place between September 23 and October 10, 2009, and the 2010 exhibition was open from September 22 until October 10. ArtPrize is unusual both for the large size of the top prize ($250,000, combined with other prizes cummulatively amounting to half a million dollars), as well as for the method of judging entries. There is no juror. The artists negotiate a venue with local exhibitors, and the works are voted on by the public using modern networking technology.

Rickey, being a follower of the Birmingham Thinktank Planetarium‘s highly entertaining Facebook page got in touch with Mario DiMaggio there, saying

I’ve long been a fan of what I’ve seen of Trimble & Wetton’s “Written on the Body,” shown not too long ago at your institution. Do you think they’d be willing to re-exhibit their work at another planetarium?

Well of course we agreed, the only problem was that the original footage had been lost due to hard drive corruption, so the fulldome, six channel, Digistar 3 format had to be reverse engineered into the original single frame Dome Masters ready to be re-rendered into the Digistar 4 format for the system they hired in especially for the festival. Thanks to Mario very kindly upgrading his software and passing it on to his team of highly trained assistants, it was possible to do this, and the thing was copied to a hard drive and ready to send…

Hard drive all packed up and ready to go...

It took a while to get through customs but arrived just in time for the festival and it was shown alongside two other fulldome films by Scott Hessel and also Paul Grimmer that Mario suggested would fit the bill.

Unfortunately I didn’t have the chance to get out to the festival but it sounded amazing, with the whole city turning into a gallery for two weeks! In Paul’s words:

During the three weeks of ArtPrize, our venue at the Grand Rapids Public Museum attracted over 241,000 visitors, more than we typically get over the course of an entire year. Likewise, we set records in the planetarium with over 65,000 visitors (which would be a just-below-average annual attendance for us), all there to see three video installations, including yours, projected by truly state-of-the-art planetarium technology. We couldn’t have done it without your participation. Thank you for all the effort you put into to creating (and restitching) Written on the Body, and for giving us the opportunity to share your work in such a unique way.

One of the highlights for me–aside from the art itself–was the ArtCation program, which gave roughly 2,000 area students the chance to experience your work and think about the intersection of art and technology in new ways.

So all in all a highly successful venture, international exposure along with a chance to hopefully show my next fulldome film this year and visit the festival…

All Quiet on the Chromatouch Front…

NO!!! Not at all.
I’ve not blogged throughout 2010 so I’ll amend that this year. I promise…
So here is a new theme for the blog and a new year blogging for Chromatouch Visuals.

First up is the Rea Garden’s resident artist Hannah Hull talking about her work and a memorial she will be holding at the end of November.

And yesterday we had (Captain) Ed Wakefield in to talk about his new maritime novella, Blood & Rorschach and also Cheryl Jones explaining it’s inclusion in the Digbeth based Arts Festival – THE EVENT – which launches tomorrow.

Every month on the First Tuesday we hold 8bit Lounge at the Hare and Hounds Pub in King’s Heath.
Amongst other things we have a lot of multiplayer games going on, and Mario Kart 64 on the projector is v. popular. Here is Antonio Roberts recording of the screen using a gameboy camera which is then digitised using some crazy wires he has. 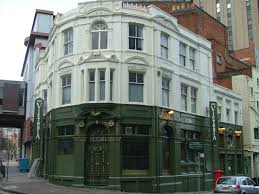 Every Wednesday on Rhubarb Radio I host the STRAX radio show. 5-7pm. a night i’m involved with at the hare and hounds every month. 8bit lounge on the first tuesday. last night was great fun with a circuit bent kaossilator set from discocyst, 10-player bomberman, great electro tunes from subcitizen and this chiptune set from ash10:

I’ve been playing with TouchOSC on the iphone to great effect recently on the pc using wireless puppetry software Animata. trying it out on the mac has proved even easier with modul8 and now martin thoburn (who has some really nice stuff over at his blog) has released a layout for resolume 3.1, i am in 7th heaven.

What do I need to use this?

TouchOSC 1.4 for iphone or ipod touch